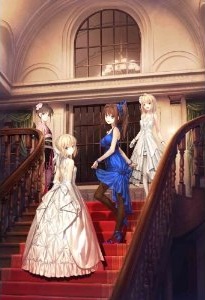 The release will contain:

Thanks to elcazador, rishi and Keiri for the news!